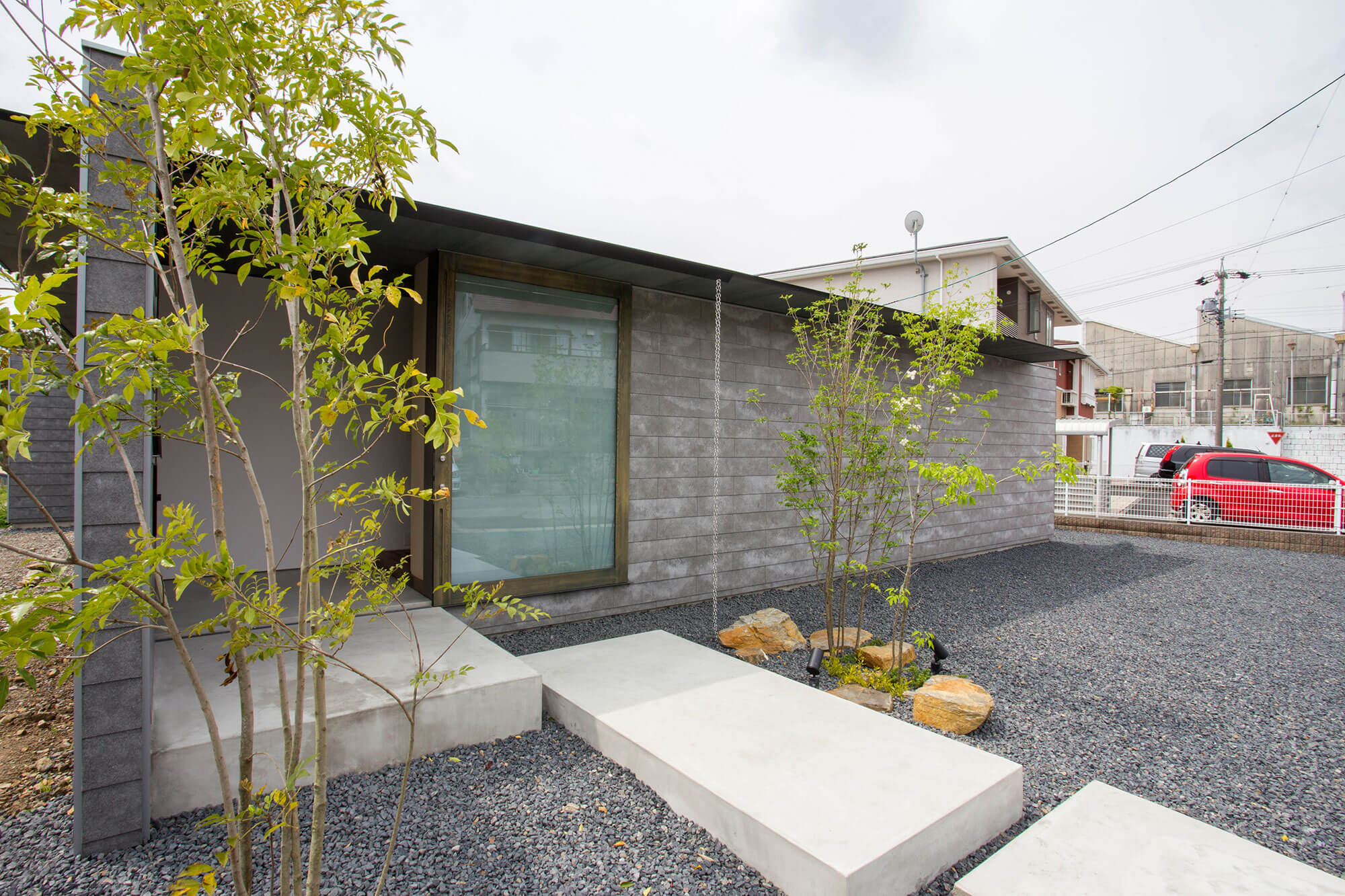 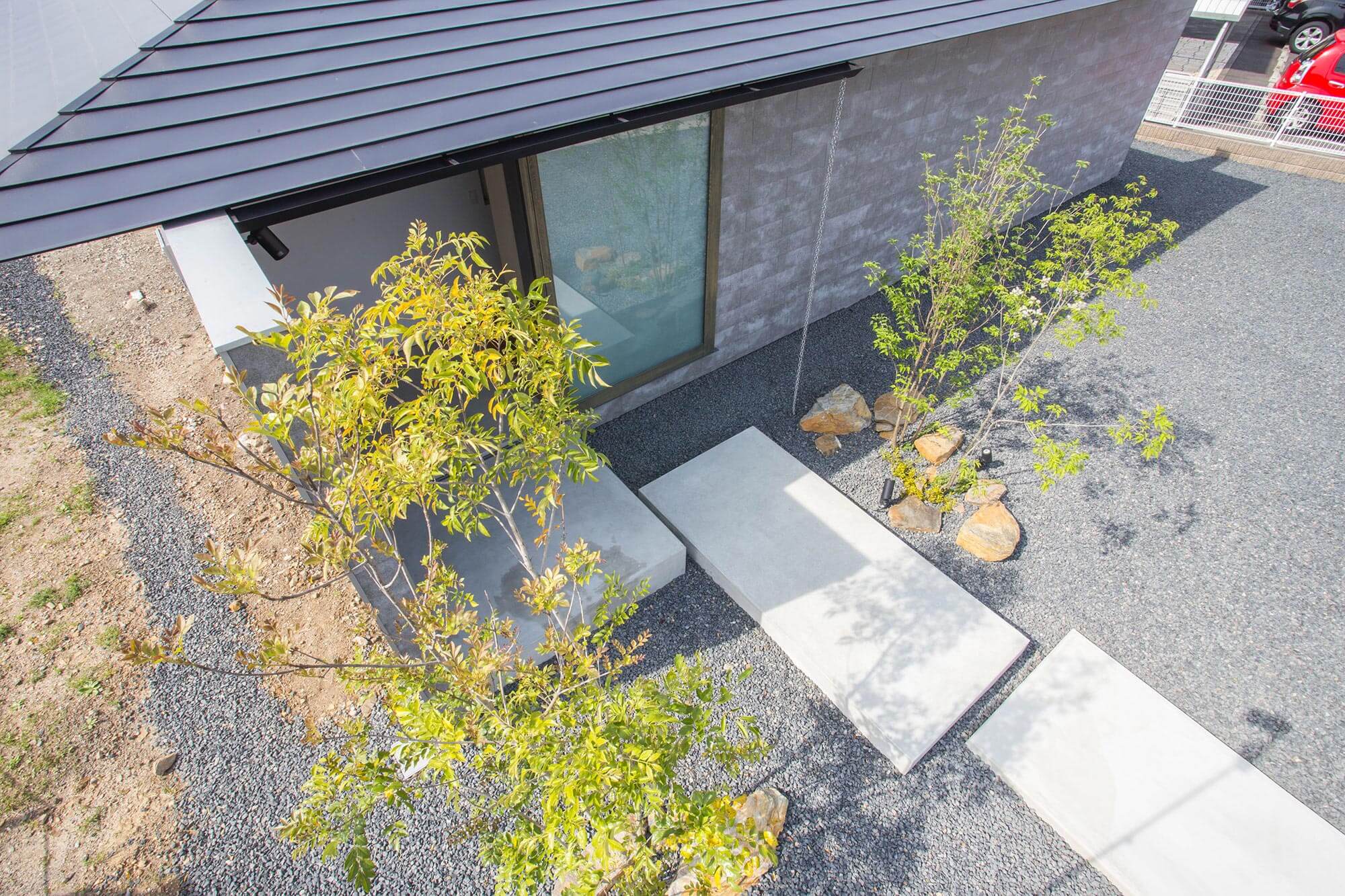 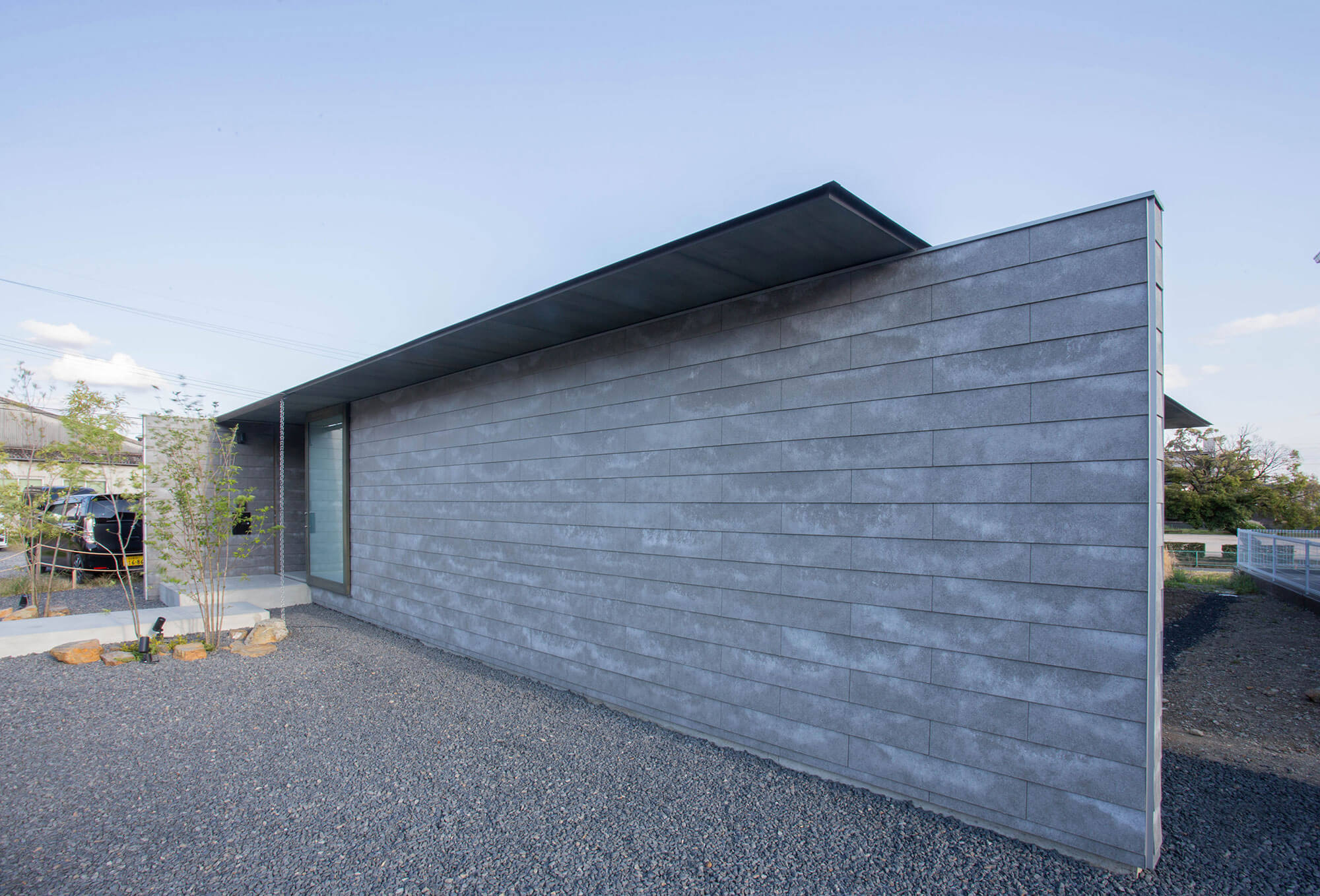 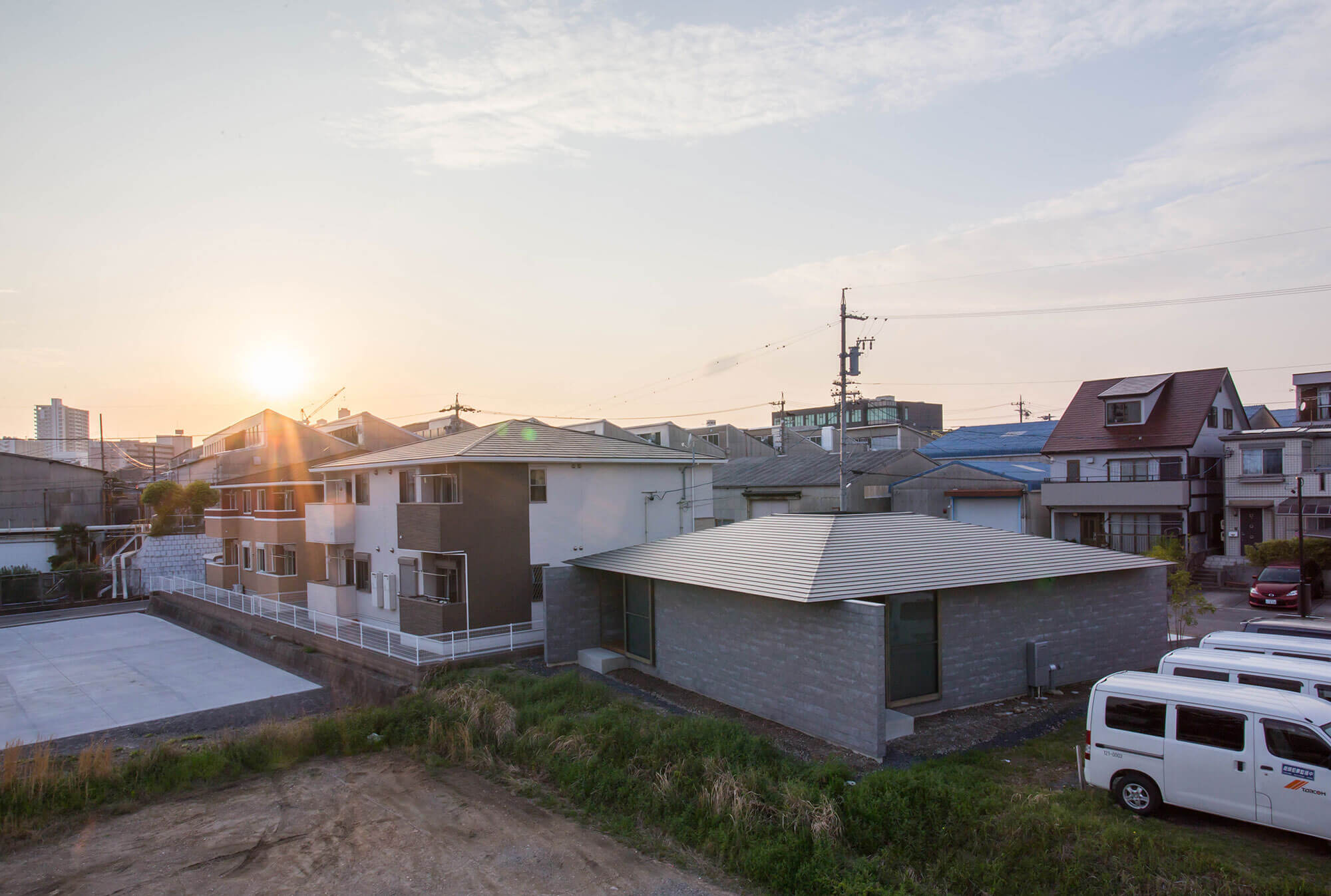 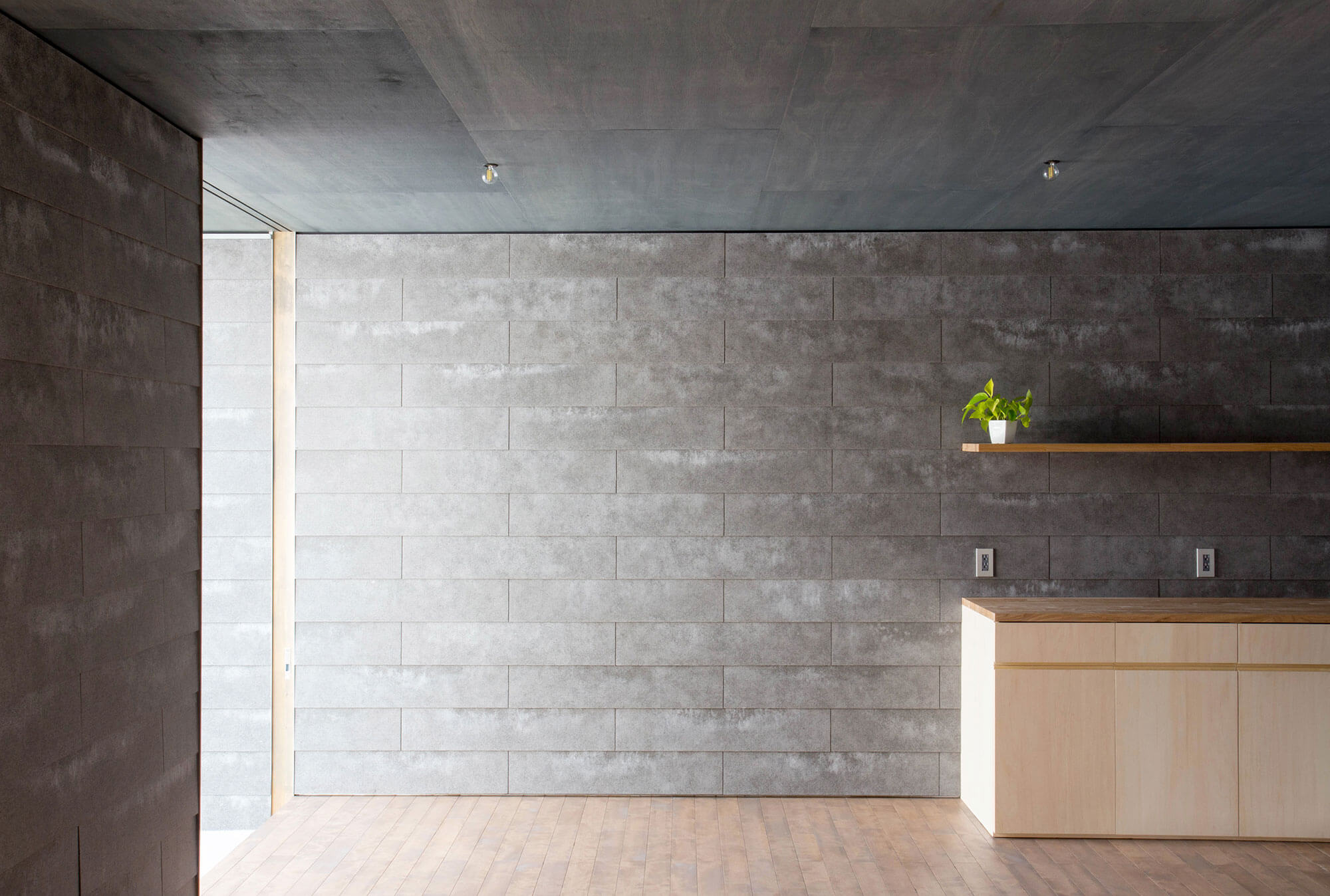 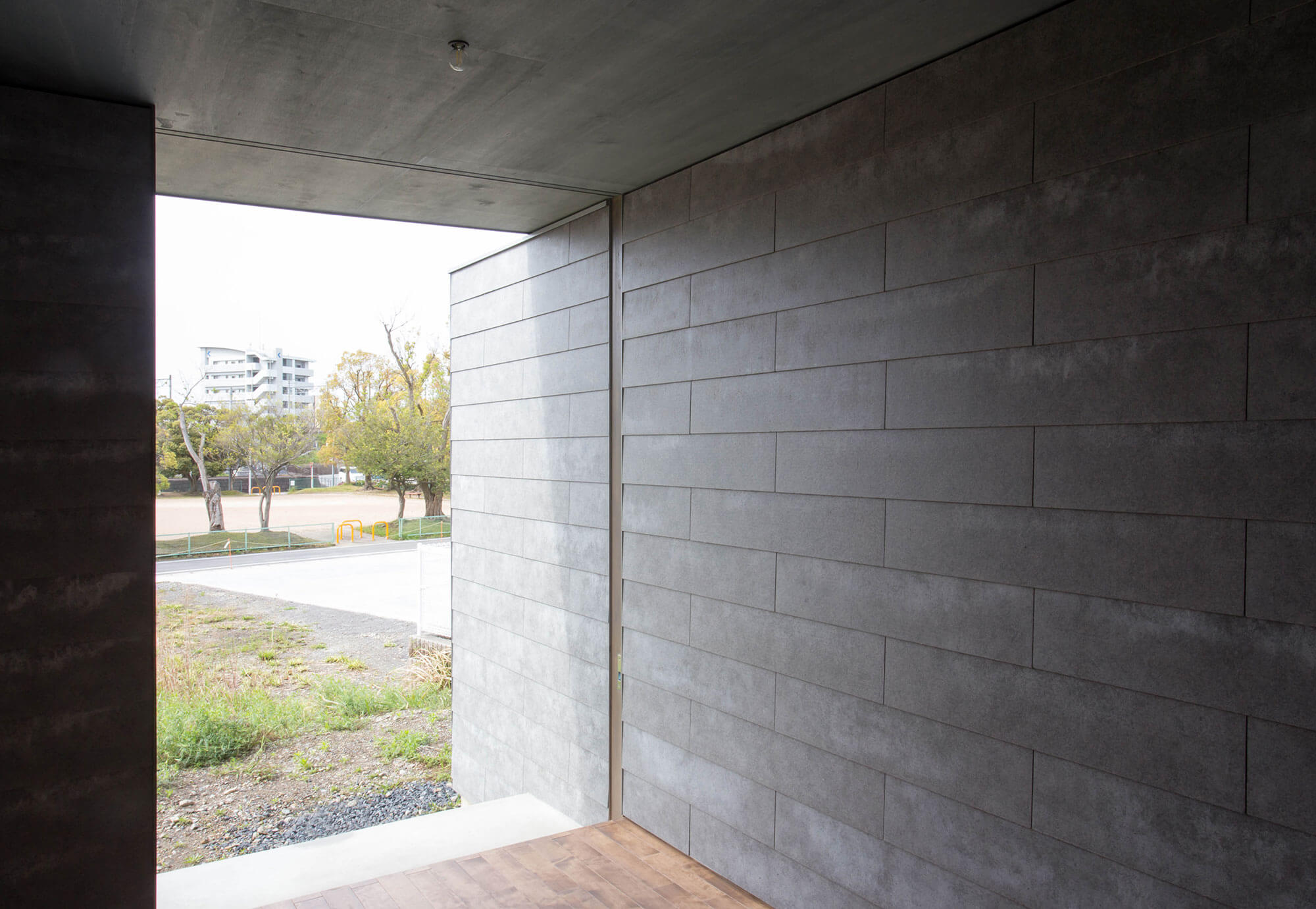 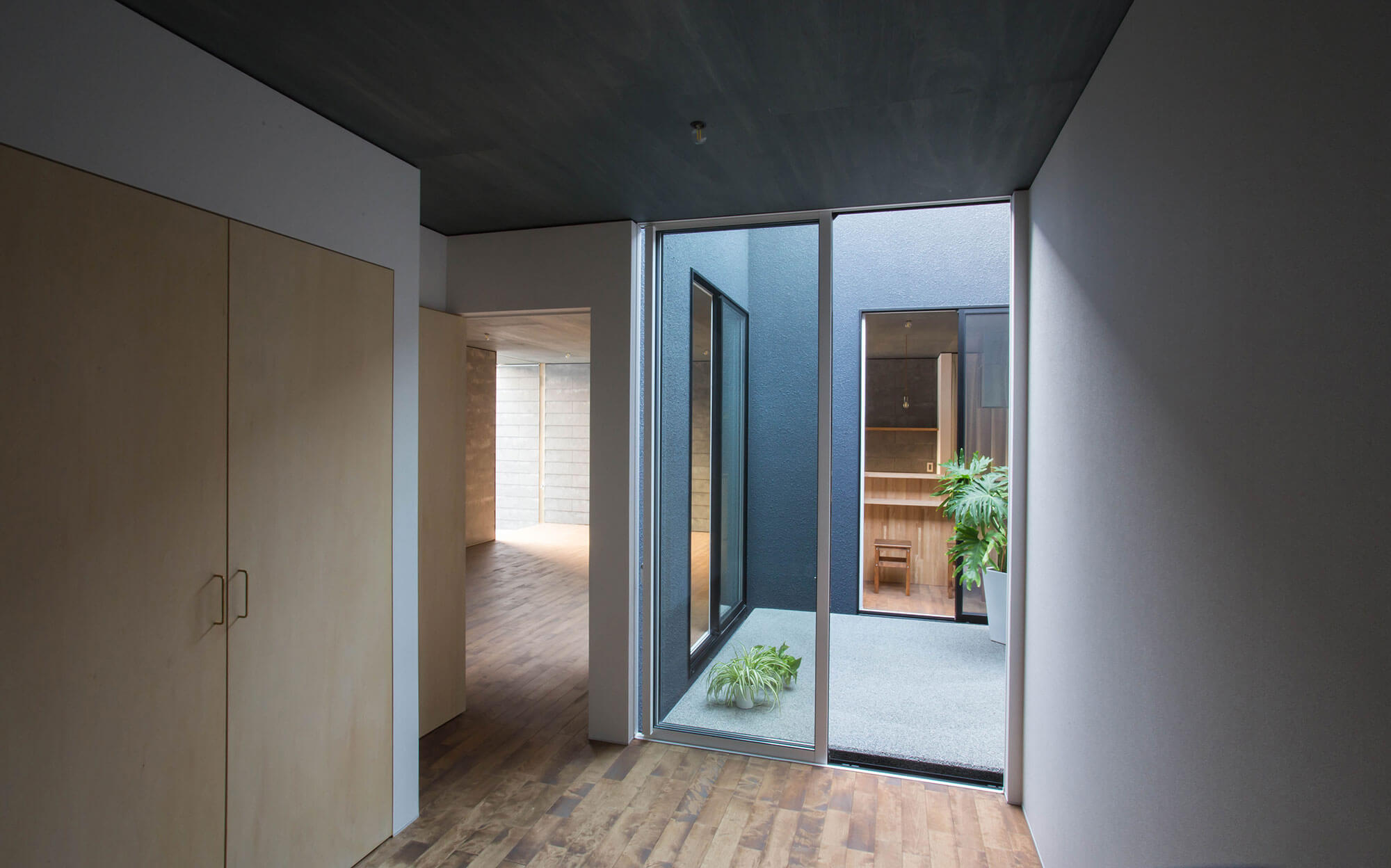 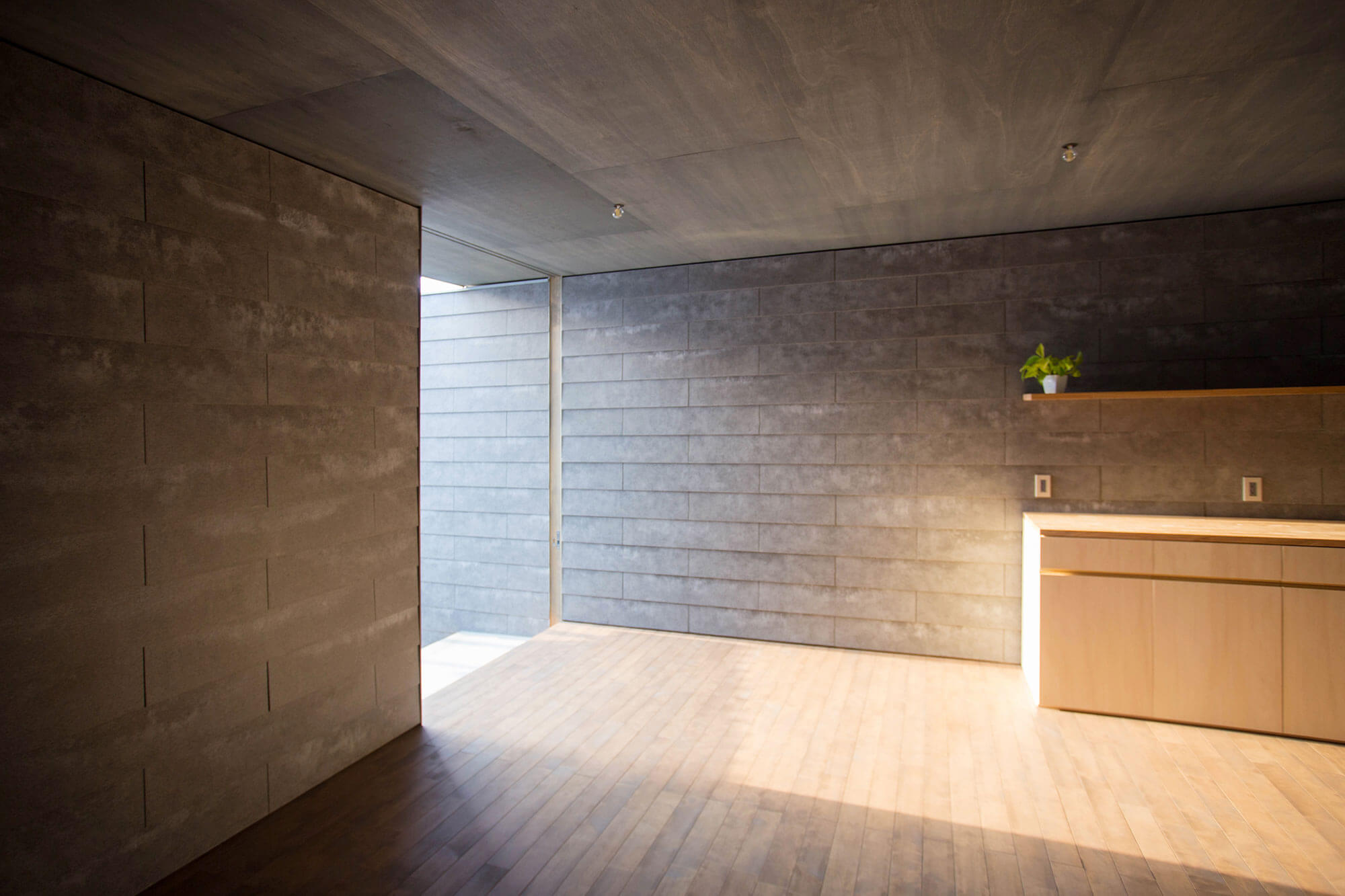 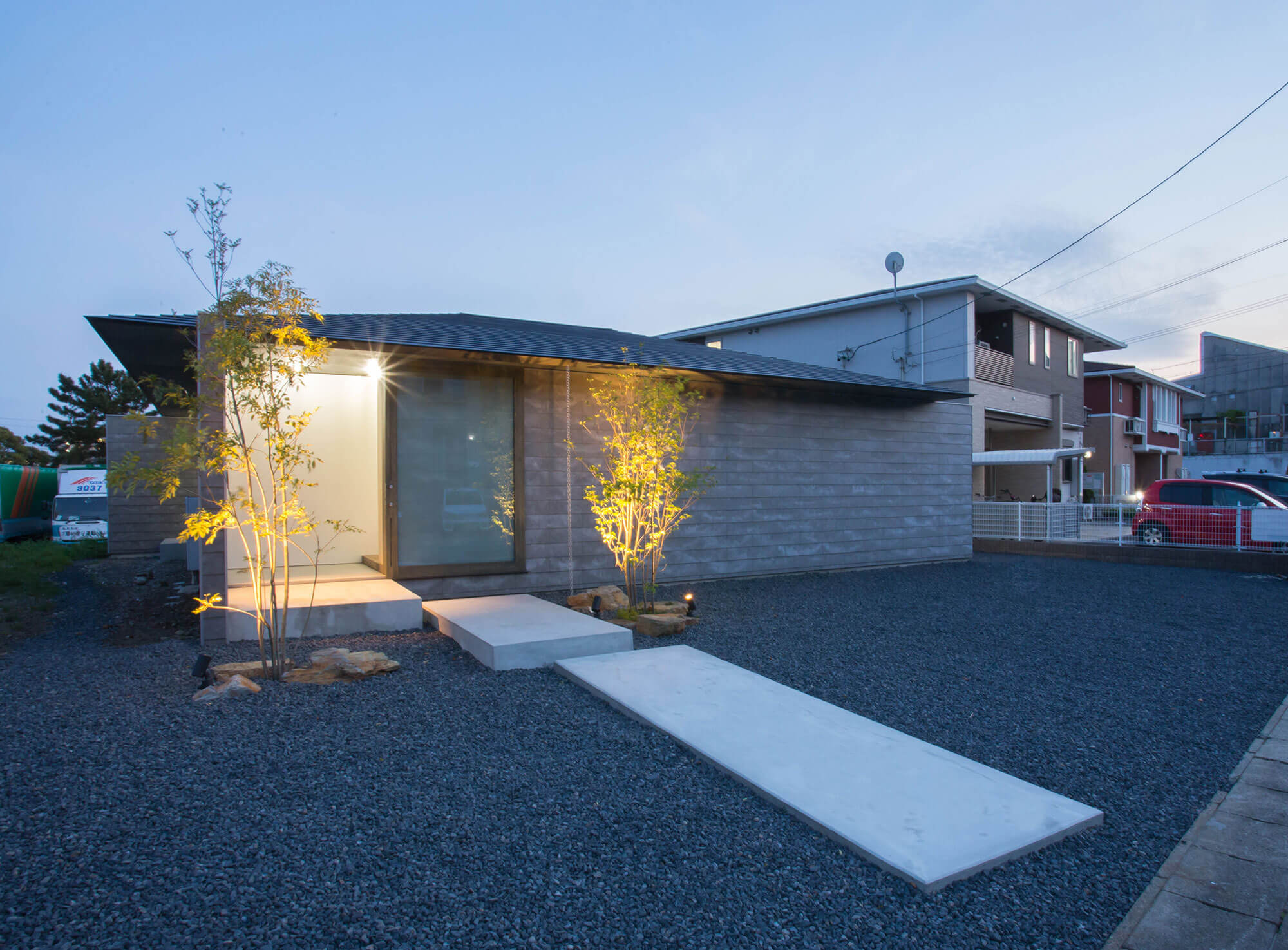 The site is located in Kariya Aichi in Japan, and there are many automobile-related companies in the city. The area around the site was set as a semi-industrial area, and many old factories and many houses were mixed. We plan a house that adapts to a town with a mixture of large and small scales.

Surrounded by a large parking lot from east to southwest of the site, there are many people and large vehicles coming and going. It is owned by a company, and it seems that large buildings such as factories will be built in the future. For that reason, we felt a sense of risk and discomfort in the way of building with a specific surface as the main facade. It seemed more appropriate to face the scales of the mixed towns, rather than specifically adjusting to the neighboring environment.

First, four walls are arranged in the center of the site so as to correspond to the four boundaries, and the same facade and square plane are designed. The long and large walls, excluding the elements of factories and houses, are positioned as the material that connects the large scale around and the scale of a small house. Furthermore, by arranging the four walls at an angle with the corresponding boundary line and offsetting them slightly, we planned a margin to accommodate future changes in the surrounding environment.

The interior space is arranged so that all the rooms are in contact with these four walls, and there is a courtyard in the center. As the sun moves, various lights come in through the gaps between the four walls and the courtyard. The courtyard lightens the interior without being affected by the surrounding environment and naturally connects adjacent rooms.

The building makes the front and back on itself and the site, and they are accumulated in the town. There are gorgeous elevations along the street, but behind it is a dark space. The direction of these towns is formed in a chain from the way roads and neighboring houses are, but in this plan, we gave them a small gap and margin. We think that in a city with mixed scales, an architectural style that is not reluctant to change will lead to a rich life in this area.